For Christmas, I made a collection of hats. Not only did I never get around to blogging about them, I gifted them without taking photos – you would have thought I’d have learned my lesson on gifting and asking the recipients for photos by now but, alas, not. 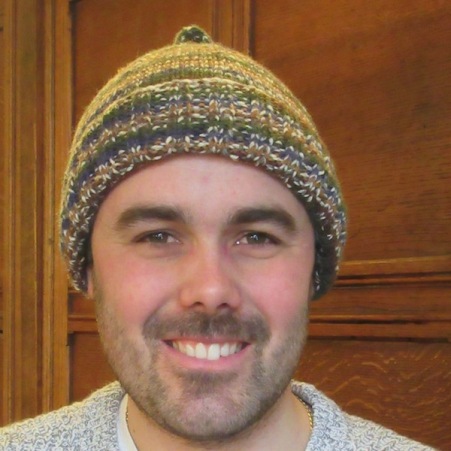 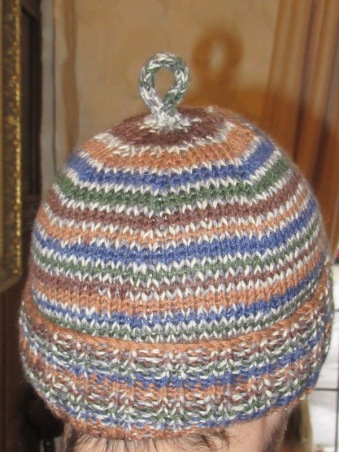 Yesterday, however, we went out for lunch with my daughter and her finance, who happened to be wearing his hat, so now I have photos.

Finding myself in the car with yarn and a little time on my hands, I made up a hat, which I showed here and, with each subsequent hat I finessed the pattern a little. This one was made with some WYS four ply yarn left over from a pair of socks. I doubled the yarn to make Aran weight and used 4.5mm needles.

When the colours got out of sync (about 4 times, I think) I tied a knot in the yarn of the colour that was going on for too long (making a loop), weaved it in at the back (loosely) and, when I reached the end, I knitted through the loop with the next stitch. 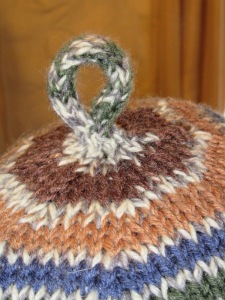 My favourite thing about these hats is the icord loop. I thought it would be good for hanging them up on peg but I don’t Know if anyone except me ever has!

If anyone would like the pattern, which is very easy, I’ll type it up here.

Thank you to Aaron for modelling his hat :)

Wishing you a warm week!