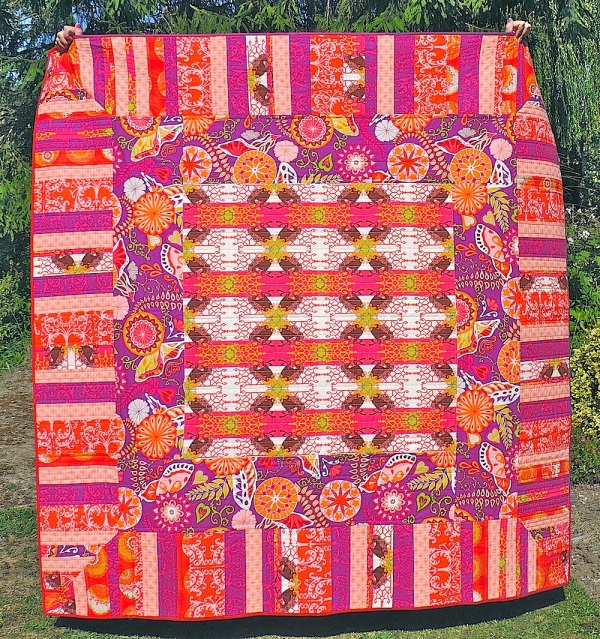 Speak of the spring, and foison of the year,
The one doth shadow of your beauty show,
The other as your bounty doth appear;
(Shakespeare Sonnet 53)

September. Autumn. The evenings draw in and the Mornings are cool and misty. 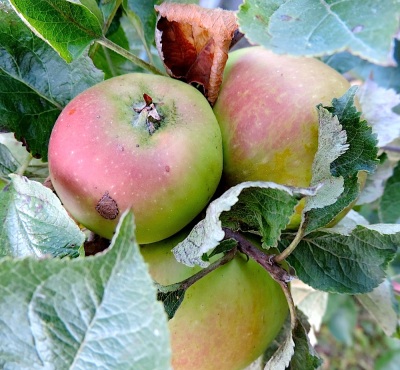 But in the garden it’s a time of abundance.

And the warm afternoons linger, lazily, heavy with the scent of ripening fruits and berries.

And you may not notice them at first. 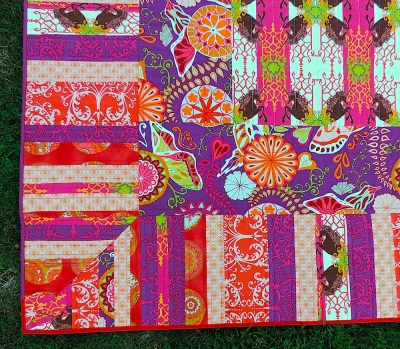 But in the borders, and in the middle of the garden, the unicorns are dancing. 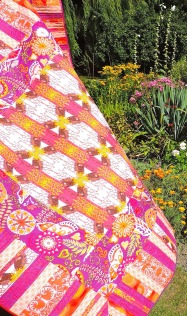 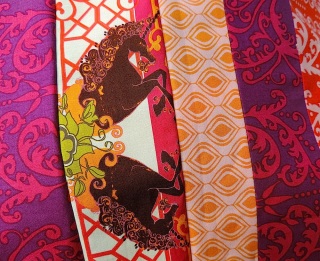 They are elusive creatures that are no easier to capture on film than in real life.

But, as the days grow colder and the nights grow longer and the unicorns vanish from the garden (following the sun to more magical places) there will still be a quilt to wrap up in. A quilt to snuggle under in front of the fire throughout the long Winter months and dream of  these Unicorn days.

More about this quilt:
Unicorns Days is 68″ square.
Fabrics include Pernilla’s Journey by Tina Givens for Free Spirit and  Valori Wells Coccon and Karavan, Makower deep pink (backing) and a selection of Kona Cotton Solids in reds and purples (binding) 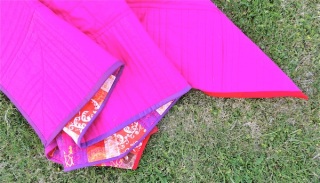 More about unicorns:
In Our Time – The Unicorn (BBC Radio)

Unicorn Tapestries at the Metropolitan Museum of Art